HyperScout demonstrates that satellite imagery can be processed in space

HyperScout 1, the first miniaturized hyperspectral imager for space, successfully demonstrated that it is possible to process the images that are gathered by a satellite on board. By knowing the position of the satellite and in which direction it points, the instrument knows what it is looking at and can interpret the data, thus eliminating the need to download the data. The HyperScout 1 camera, launched in February on board the GOMX-4B satellite, produced the so-called Analysis Ready Data (ARD) on board for the first time. HyperScout is the first hyperspectral instrument in space capable of doing this.

When flying a satellite that captures images of Earth, it seems logical to download the data and process it on Earth. However, there is a strong trend towards smaller satellites with smarter instruments, and small satellites simply do not have enough bandwidth to download all the collected data to Earth. Fortunately, this is not necessary anymore. HyperScout 1, launched on the GOMX-4B satellite in February 2018, is able to analyze the data on board. "We specifically developed the hardware and software for HyperScout to make this possible", explains Marco Esposito, manager of the remote sensing unit of cosine, the company that developed HyperScout.

Bavo Delauré, project manager of Belgian institute VITO, adds: "The algorithms are derived from our developments for the PROBA-V mission. PROBA-V data is however processed on the ground in a large data center so the algorithms were tailored for implementation onboard the cubesat-instrument." S&T Norway developed the onboard software that enables HyperScout to run complex algorithms, such as the ground-based VITO algorithm. The software was uploaded to the satellite after launch.

The HyperScout instrument took about one minute to process the images into Analysis Ready Data in orbit. Downloading the raw data would have taken several weeks from a nanosatellite. Even for larger and more expensive platforms, the data downlink can take several hours. Marco Esposito of cosine points out: "The on-board processing made possible by HyperScout enables a paradigm shift in the use of a space asset, by serving application specific customers with real-time information without the need to downlink raw data".

HyperScout processes the data on board by correcting for the curvature of the Earth and the angle under which it is observed, so-called orthorectification, and determines which position on the ground corresponds to the pixels in the camera, called georeferencing. It also corrects for the sensitivity of the instrument in the different wavelengths it observes. With this information available, it is possible to analyze the images on board. Therefore, customers can ask to run their analysis algorithm on this data on board, and the software can be uploaded at any time during the mission. This way new algorithms can be implemented, for example to detect fires, flooding or irrigation needs.

The first HyperScout instrument was launched into space on 2 February 2018, on board the nanosatellite GOMX-4B as part of a mission of the European Space Agency. HyperScout offers the unique possibility to process the data on board and upload application specific software to it. 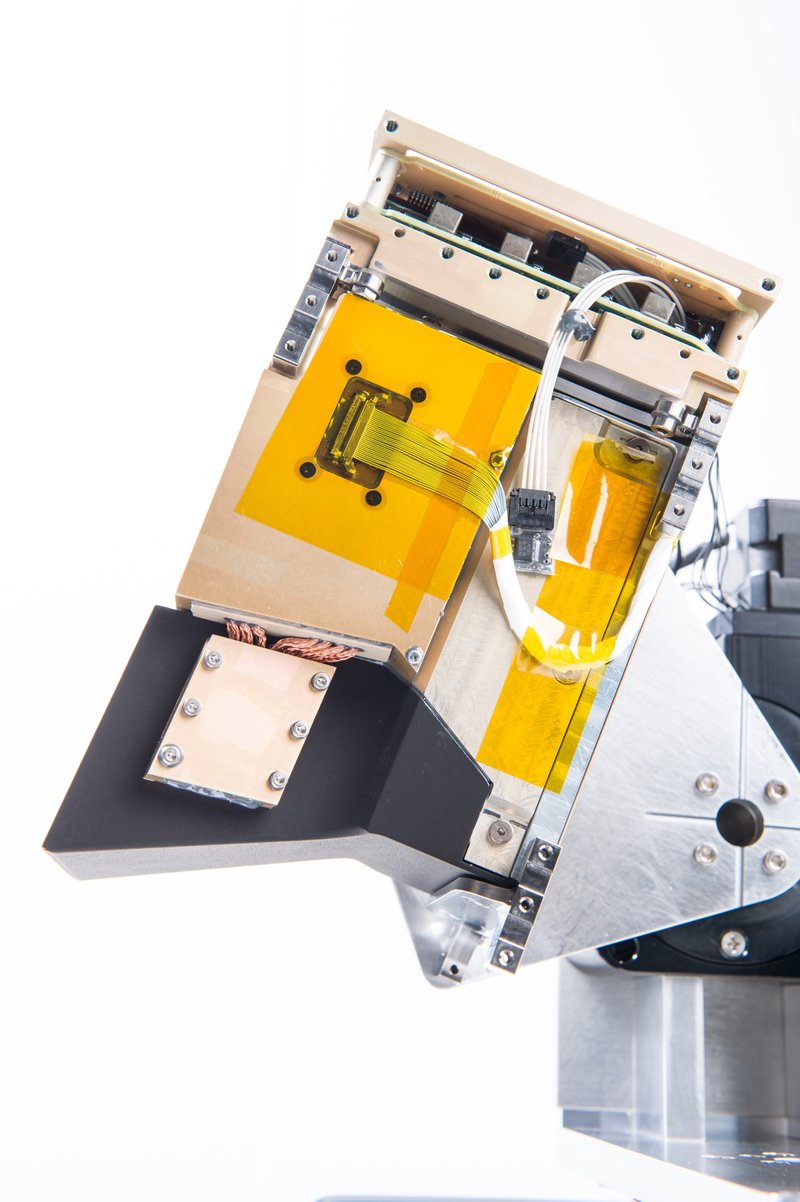 HyperScout is a miniaturized instrument that captures images in 45 different wavelength bands, making it possible to determine the composition of the Earth’s surface.

HyperScout was developed by an international consortium led by cosine with partners S&T, VITO, TU Delft and VDL. The development and launch of the first HyperScout was funded through the ESA GSTP program with contributions from the Dutch, Belgian and Norwegian national space organizations (Netherlands Space Office, BELSPO and Norsk Romsenter).

Alessandro Zuccaro Marchi, optical engineer and technical officer of the European Space Agency, comments: "With this achievement we have made a new way of operating satellites possible, with the potential to change the way we process all data in space."

The Silvisense solution is live on The Explorer platform!
Imperfect cameras and how to fix them