Our Projects team is experienced supporting R&D developments by taking on long-term projects to smooth the path from technology to solution.

We specialise in improving technology readiness, and are comfortable with long-term and highly quality-driven projects. Our teams understand how to work in heritage-driven domains, and are able to communicate with technical experts and operational users.

S[&]T employs a diverse group of around 100 professionals holding a PhD. or MSc. degree in aerospace engineering, computer science, electrical engineering, mathematics or physics. We offer our team development opportunities and support technical experts taking on project coordination and management. We also actively promote thought leadership and knowledge exchange within teams to ensure that our team is interconnected and can always find an expert.

Our People are specialised in technical consulting for R&D, and can help you even out the impact of project phases on your internal teams. Scaling with talented experts helps you meet your needs on your timeline.

S[&]T'ers are known for being both smart and communicative. Not only are they experts in their field, they are experienced professionals when it comes to working in complex R&D project environments. Based on S[&]T's model for development paths, each expert can choose a path when it comes to next steps. Typically our team members grow into accomplished and respected technical managers or specialised architects.

We are one of the few companies that offer movement and interchange between project-based work and consulting capabilities. Our internal team members can explore their capabilities outside the office, and our experts pool employees can join internal projects if they see that match over time.

Our Products provide an exciting way to reach the market with cutting edge technologies. We pride ourselves in being able to bridge the R&D market gap by solving real-world problems with state of the art products ready for serial production and commercial use.

Because products form a significantly different business model, typically these are marketed and managed as a separate company within the S[&]T corporation. If you have a great idea for an R&D product, we're always interested and open for discussion. 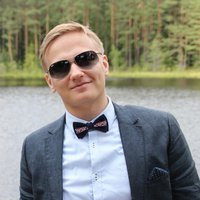 "I get to work on exciting space science projects for the European Space Agency. This was something I dreamed of as a kid and something that at the time when Latvia was not yet part of any pan-European institutions seemed like a very unrealistic proposition. I also enjoy that my job requires constant acquiral of new skills and knowledge."

Janis first contacted S[&]T Norway while still finishing up his double European Masters degree in Space Science and Technology in Germany and Sweden. After a few Skype calls it became clear that his adventure would continue in Oslo. Janis is very delighted that he was able to find a job that not only lets him work in the space industry, but also provides ample opportunities to be in the forefront of things in this industry. He also values the fact that no two projects are the same and every new project requires one to learn new things and improve one's skills.

When Janis joined S[&]T he was very upfront with the management in Norway, as well as the Netherlands, that in a mid-term perspective he would like to move back to Latvia and take S[&]T with him. The birth of his son facilitated his decision to move towards that goal a bit sooner than initially anticipated and after having spent two years in Oslo he moved to Riga together with his family. Riga being a well connected air traffic hub, a short flight away from Oslo, enables him to split his time between Oslo and Riga, still work on exciting space projects and test the waters for the next big step in his adventure.

Are you looking to start a great partnership?